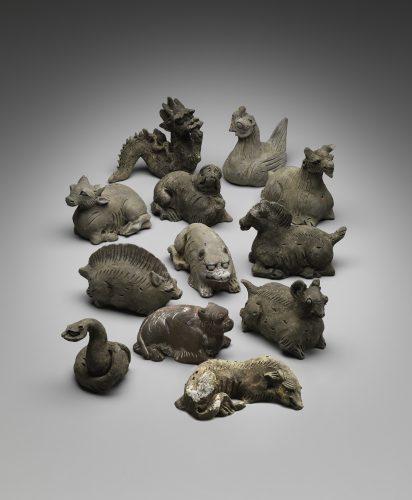 A Set of Twelve Zodiacal Figures

The animals are hollow, modeled by hand from dark grey earthenware clay. Most are hunkered low to the ground, save for the coiled snake, rearing dragon and reclining dog. Most have rounded bodies with carved limbs and fur or feather markings but are most clearly recognizable by their heads, each modeled with the particular characteristic of the animal depicted with intense gazes and furrowed brows. Traces of white pigment remain on some of the figures as well as red pigment that appears to be letters written in Phags-pa script.

The early Chinese conceived of a sequence of twelve animals as symbols and functionaries of the “Twelve Earthly Branches.” When combined with the “Ten Heavenly Stems,” the sexagenary cycle by which Chinese reckoned time was formed. The complex interactions of the various celestial bodies and configurations with terrestrial properties mapped out by the Chinese impacted one’s life and destiny as the intrinsic characters of the zodiacal creatures exerted their influence over an individual’s behavior and essence.

The script that appears in red on some of the zodiacal animals of the present group was invented by a 13th-century Tibetan Buddhist lama, Phags-pa, who served Kublai Khan. The script, named after its creator, was intended to be used throughout the Mongol world, including China where the Mongols ruled under their Yuan dynasty from 1279 to 1367. The appearance of Phags-pa script here therefore supports the Yuan dynasty dating of the set that is indicated by thermoluminescent dating of similar groups and by comparison to such zodiacal figures as those in the Yunnan Provincial Museum excavated in the Dali area and attributed to the Yuan dynasty (figs. 1-3). The outlandish, gothic-like animals, which look as if they had gargoyles as close relatives, has suggested the possibility of Western influence in their creation.

A complete set from Kaikodo is presently in the Los Angeles County Museum of Art and another can be seen and is discussed in Kaikodo Journal XXIV, “Material Witness,”Spring 2008, no. 72 (fig. 4) and Kaikodo Journal XXXII, “Embracing Antiquity,” Spring 2016, online edition, no. 17. 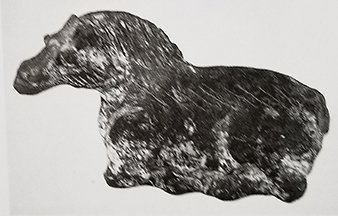 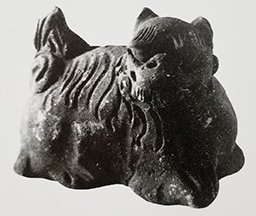 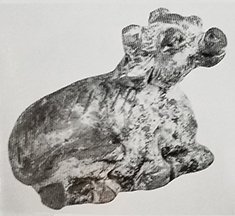 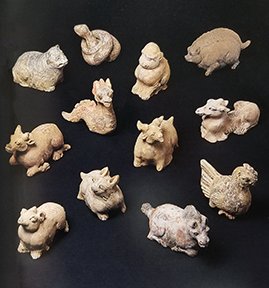