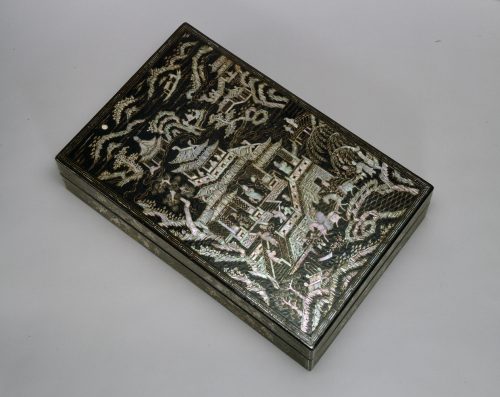 Both the cover and the bottom of this lacquer writing box are beautifully inlaid with mother-of-pearl. On the lid the inlay resembles a multi-colored mosaic of a moonlit evening with guests arriving on horseback to a gathering at an open-air pavilion that is surrounded by water, with further pavilions visible in the distance. The figures nearest the viewer are highly detailed with incised facial features and florid patterns on their robes. The bottom of the box is decorated with a more austere scene, a naturalistic image of birds on a blossoming tree created with comparatively larger fragments of mother-of-pearl

During the Ming period mother-of-pearl inlaid lacquer was used extensively, for example, in furniture, in receptacles and serving trays for food, as well as in implements for the calligrapher’s use and enjoyment, such as the present writing box. The most unusual feature of this box is the decorated base. Two similarly decorated boxes in Japanese collections have been published and these also with palatial scenes peopled by members of the privileged class and their attendants on the lids and bird-and-flower scenes on the bases (figs. 1-5). On all of these sumptuous boxes, little of the overall surfaces was not given some attention; virtually no corner was left untouched or left out of the decorative plan. Furthermore, spatial relationships in these delightfully complex scenes are quite effectively conveyed with the diminution in size of images but also elevation in the picture frame, yet producing a feeling of actual space and depth. One is left to imagine how the owners of these lacquer wares would have enjoyed the designs on the bottom of the boxes, unless the thought of them alone was quite enough. 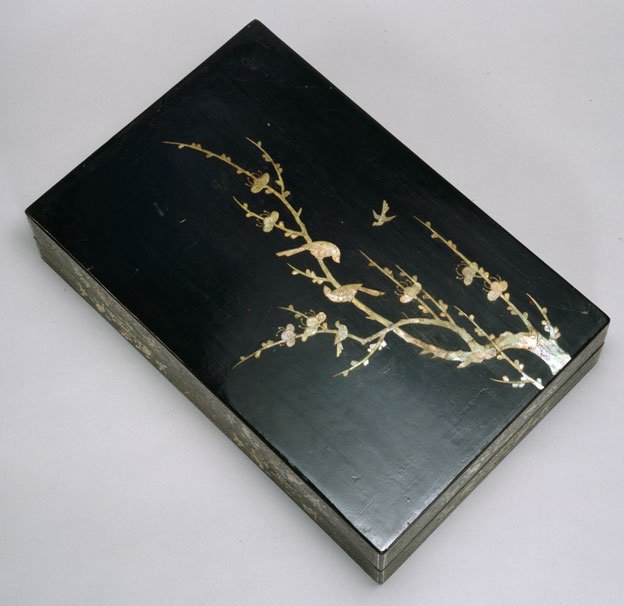 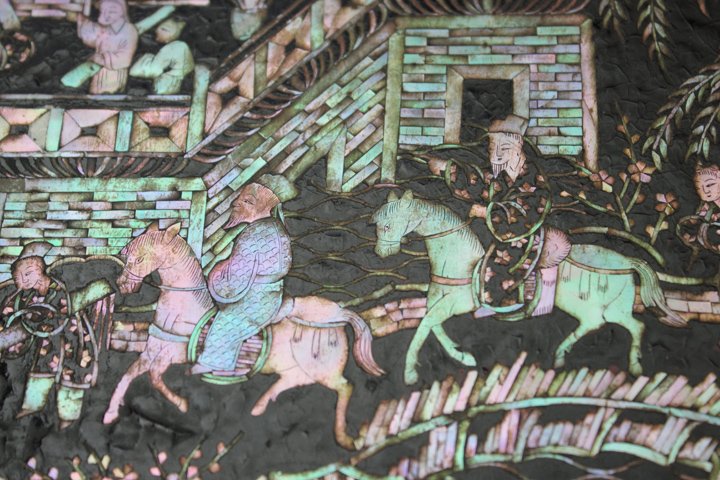 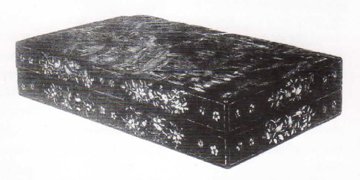