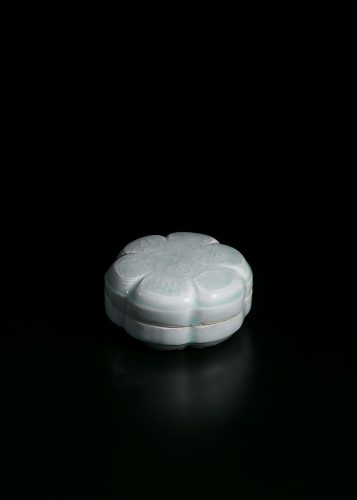 This delicate box is molded in the form of a six-petaled flower, the cover with a raised flower head, the petals with triplicate borders, each petal lightly molded with a curved lotus stem and leaf on a minutely pebbled ground. The pale blue glaze pools to turquoise between the petals and above the rim. The lower section of the box is also generously glazed on the outside, with thick, turquoise, crystalline drips settling into the crevices while an even whitish-blue glaze is present on the interior. A thin floral-conforming foot rim surrounds the unglazed base where the crisply molded workshop name is impressed: Lanjia hezi ji, “Record of a Lan family box.” The porcelanous body is sugary white.

It has always been a mystery as to why the small cosmetic or seal-ink boxes such as the present, produced primarily at Jingdezhen during the Song dynasty (A.D. 960-1 279), should bear the marks of their makers in as great a number as they do. More than ten different family names are known to have been used in the marks on these boxes. Was it the personal nature of the boxes, used by an individual for her makeup, or by another for his or her seal-ink, something to be held close like a favorite inkstone that made a “signature” or “label” somehow appropriate and appreciated? Whatever the reason, they do exist in significant number and have been found at historical or archaeological sites in and outside of China, most particularly in Korea.

A six-petal form yingqing box was discovered in a tomb datable to A.D. 1111 in the Northern Song period in the vicinity Jiangxi’s Lake Poyang, the important transfer center for the transport of Jingdezhen wares both within China and beyond (fig. 1). The impressed inscription on the base reads Wangjia jizheng, literally stating that the box was “recorded” by the Wang family, and we assume made in their workshop (fig. 2). While the recorder/maker’s name in the inscription on a similar box in the British Museum is illegible, the legend follows the same formula as on the present Kaikodo box as do a good number of published boxes, that is, the family name followed by jia, “family,” and hezi ji, “box recorded” (figs. 3-4).

The Lan family name interestingly is impressed on one of the three boxes illustrated from a group of wares unearthed from a tomb in Wuhan city, Hubei province, consisting of two characters only: Lan ji, “recorded/made by Lan” (fig. 5). Further afield, it appears again on a box found in Korea recovered from a Goryeo-dynasty context (A.D. 918-1392) (figs. 6-7). The inscription reads Lan Yin yao, “Kiln of Lan Yin.” Song dynasty tastes and traditions in the arts were deeply appreciated within the Goryeo kingdom, and there appears to have been a modicum of give and take between the two nations. The Chinese imported Goryeo celadons and classic Song wares were exported to Korea where no less than three- hundred Song-dynasty ceramics from Jingdezhen have been recorded in recent times, all of them found in Goryeo contexts. The Lan family was thus known not only at home, but enjoyed international fame as well, perhaps the Gucci, Hermes, or Valentino of its time.

Fashionistas at Kaikodo cannot resist the acquisition of the jewel-like boxes but have also been convinced by more balanced judgment that they are our inventory. Many have passed out of our hands but not without having given Kaikodo Journal the opportunity to offer a few words about them: “Yingqing-glazed porcelains became the mainstay of the kilns at Jingdezhen in Jiangxi province during the Song period after their origin and evolution under the Southern Tang dynasty in the 10th century. So thoroughly was the ware embraced at home and abroad that kilns in neighboring areas and neighboring provinces—Hubei, Anhui, Fujian and Guangdong, and even Henan and later Shaanxi—sought to emulate Jingdezhen’s achievement by producing similar wares. In many cases the results were astonishing, and this appears to have occurred still within the period of the Northern Song. The bluish-white or yingqing “shadow-blue” glazed wares were produced in an immense variety of shapes, and among these small multi-purpose boxes, were widely popular at home and abroad…In Japan yingqing boxes were often included in the offerings entombed within sutra mounds, where scriptures were laid for safe- keeping in anticipation of a predicted spiritual cataclysm that would spell the end of the law, and such entombments provide similar 12th century datable contexts. That the Korean nobility were taking their cue from the Song imperial court accounts for their catholic and discriminating taste in their acquisition of Chinese ceramics wares, and numerous yingqing covered boxes have been discovered in Korea, where they were used originally, as in China, for cosmetics. It is noteworthy that one example excavated in China had been coated entirely in silver suggesting that the forms of certain boxes themselves must have originated as imitations of the precious metal…The simple act of using such a gracious objects as these would itself have increased the joy and beauty of the owner’s life.”1 “Cosmetic, seal-ink, and multi- functional boxes in general were produced in immense quantity at kilns specializing in yingqing and related wares in the southern half of China during the Song and Yuan dynasties. The most refined of these ceramics would have likely found their way into the studies or dressing chambers of scholars or aristocratic women in China and eventually perhaps into their tombs whereas examples encompassing a great ranges of styles and quality were exported to China’s neighbors, from Korea and Japan on down to Southeast Asia and Indonesia. Boxes were used in Korea by an elite that was enormously adept at emulating the traits and traditions of her neighbor, whereas in Japan they were also included in sutra burials, while in Oceanic environs they might be strewn over the bodies of the deceased like gifts of precious jewels or fragrant flowers bestowing honor. Many of these millennium-long resting places have in this century been discovered and uncovered giving some sense of the scope, the popularity, and the versatility of the ceramic boxes.”2 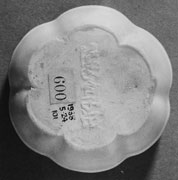 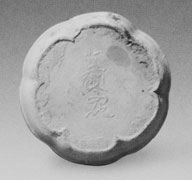