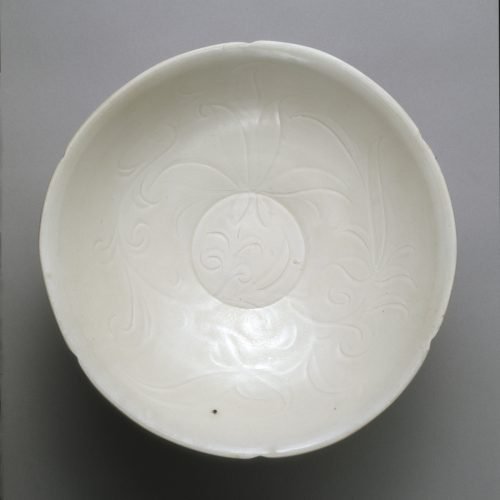 The curved sides rise to a slightly everted rim very lightly cut with six evenly spaced notches, the exterior undecorated while the ample space of the interior serves as ground for a freely carved delicate lotus blossom surrounded by leafy shoots and covered overall with an even, clear, ivory-toned glaze of luminous silky surface and characteristic teardrops on the exterior, the glaze falling just above the narrow, square-cut foot that surrounds the slightly recessed carefully glazed base, the flat narrow food rim wiped clean. The slight warping is a result of the bowl having rested on its foot during firing.

Such deftly carved and incised decorations are often described as “calligraphic.” The cutting tool appears to have been wielded like a calligrapher’s brush and the carver so perfectly schooled in his craft that the designs are swiftly executed with certainty and ease, manifesting a migration of technique from the calligrapher’s hand to that of the ceramic decorator.

The fragile lotus blossoms, sometimes read as day lilies, and surrounding foliage here comprise a very popular design as evinced by a good number of extent examples in both private and public collections. The lotus is evoked by an arrangement of attenuated pointed petals, anchored close to the well, sometimes with a lotus leaf as part of the design but also sometimes not, as in the present example. The effortless and fluent incisions along with the botanical subject matter produce images and effects that are organic, moving, lissome and lithe, everything that makes these early Song wares so captivating, however we chose to label the décor. 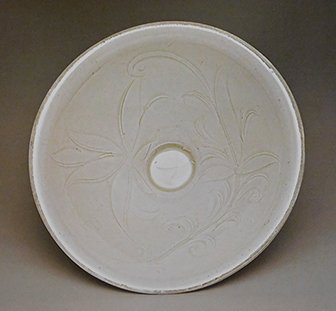 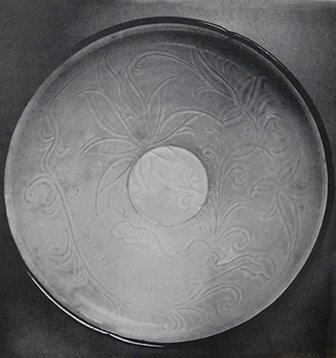 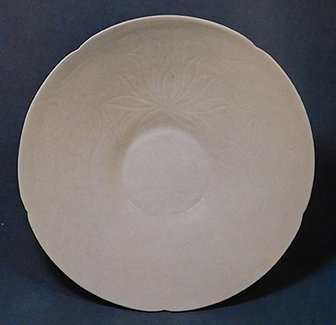