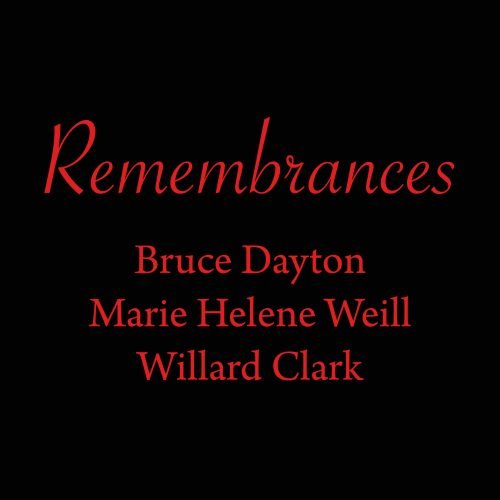 Bruce Dayton (1918-2015)
Another great loss to the Chinese art world last year was Bruce Bliss Dayton, who died at the age of 97. He was a very successful businessman and philanthropist. After attending Yale University he started in the Minneapolis family retail business that eventually became nationally known as Target. He was always interested in art and became a trustee at the Minneapolis Institute of Art at the young age of 24. In his lifetime Bruce donated tens of millions of dollars worth of art to the museum. His special interest in Chinese art started in the 1990’s due to his wife Ruth’s dedication to Asian philosophy. For Bruce and the Chinese art world, his timing could not have been better. At the time he was collecting there were numerous Chinese art dealers worldwide and many important works of art on the market to acquire. Unlike some collectors who might only buy from one dealer, Bruce was fair and smart as he visited everyone in the field so as not to miss something. With the assistance of Robert Jacobsen, then curator of Asian art at the Institute, the two built on the very good selection of Chinese art at Minneapolis to form a world-class collection. By todays’ standards Bruce’s tastes were very wide ranging from furniture to ceramics, sculpture and paintings. Bruce was also what one might call a “grateful” client. Although known for being very unostentatious, in 2004 he gave a huge and memorable party for all his friends in the Chinese art field to commemorate the opening of the new Chinese galleries at the museum. It is sad to say, but probably true, there will be no more American collectors of Chinese art like him.

Marie-Helene Weill (1920-2015)
Marie-Helene Weill was 95 when she died in 2015. She was born in Lausanne Switzerland and came with her parents to the United States in 1939. When you think of women in their 90’s today, most have not been formally educated. When I learned that Marie-Helene studied art history at Radcliffe, it spoke volumes of her intellect and early accomplishments. After graduating in 1941 Marie-Helene married a fellow former Swiss citizen Guy Weill, who passed away in 2006 but whom Marie Helene would continue to describe as the love of her life. Their charmed life together was one of art exploration and a shared love of music. As a young couple in the 1950s the Weills were part of the Abstract Expressionist art scene in New York City, and as it continued in Wellfleet, Massachusetts, where they summered. In 1967 they visited the Asian Art Museum in San Francisco, which altered their lives forever. They were totally taken with Chinese art and dedicated themselves, as many in our field have done, to lifelong study. They collected Chinese paintings and I remember very well that in 1978 they bought one of the best paintings by Wen Zhengming ever offered at Sotheby’s. Marie-Helene became involved with many art and music institutions including China Institute, the Asia Society, The Harvard Art Museum, the Brooklyn Museum, Carnegie Hall, and the Metropolitan Opera. However, she and Guy were most generous to The Metropolitan Museum of Art where they forged a close relationship with Maxwell Hearn and to which they donated their beautiful and select Chinese painting collection. The Weills were part of a generous generation of Chinese art collectors in New York that shared and encouraged young people in the field, always inviting us to celebrations and openings. Marie-Helene of a New York evening was everywhere. She loved parties, went to thousands of lectures, attended many musical events to the point that just a day or two before she died insisted on going to the opera. She had a wonderful sense of humor. I will always remember what her grandson said at her memorial service when he once asked Marie-Helene who her best girlfriend was and her answer was “Mike Hearn.” Marie-Helene is greatly missed, especially in our neighborhood on the Upper East Side. As someone said, when Marie Helene stood on the corner of 79th and Madison, she would make a new friend by the time the light changed.

Willard Clark (1930-2015)
Bill Clark was a passionate collector, and he recognized and appreciated similar passions in others, and he thus became Kaikodo’s “angel” even before our company was founded. In the very early 1980s Mary Ann and I were at the Tokyo National Museum viewing an exhibition with one of our graduate students. Taking a break in the museum coffee-shop, we became aware of a gaijin with cowboy hat sitting alone at an adjoining table, leaning over in a strong effort to overhear our conversation. We actually moved to another table to get away from this eavesdropper, whoever he was. Later that night, at home in Kita-Kamakura, we received a telephone call: “Did you notice the fellow who was listening to you this afternoon at the museum? Well, that was me, and I would like to meet you.” Of course we invited him to dinner, to our first tiny house on top of a hill above the temples. After a delicious but very inexpensive dinner of spaghetti (that’s how long ago it was; before “pasta”), and on the verge of leaving, Bill paused at the doorway and said: “You two are such nice folks! If you ever find something you absolutely have to have, but can’t afford, give me a call.” Not two weeks later, as fate would have it, we were indeed offered something that we had to have: a Cizhou sgraffito pillow that had been sold by Walter Hochstadter to Mr. Hobart. Walter had bought it back at auction, and was preparing to offer it to some museum. So Mary Ann—I would not have been so brave!—called Bill and said something like: “Do you remember those ‘nice folks’ you met in Kamakura, the ones who gave you delicious spaghetti……and as you were leaving, you said……………?” Bill replied immediately: “How much do you need?” And he wired the money the next day, to people he knew from a single night’s dinner, with no contract or guarantee (the pillow is now one of the early treasures of the Los Angeles County Museum of Art). We of course paid him back, with interest (he told his accountant that he had bought another bull!), and for some years after that Bill was an important source of the funds that we used to expand our business, which was founded in 1983. Fast forward. After we had established more conventional modes of financing and had ceased to appear as “One Bull” on Bill’s balance sheet, and had not been in touch for some time, Mary Ann happened to run into Bill at an evening event at one of the auction houses in New York. She spied him over the multitude of people between them, including friends and clients, and shouted out, “I am so happy to see you!” Not long before she had written him a letter to find out how he was doing and simply to touch base.” “Bill, did you get my letter?” Bill replied immediately in a booming voice (uncharacteristic of him!): “How much do you need, dear?” That generosity of spirit characterized Bill in all of our dealings with him, and we will always miss his personal manifestation of humane goodness.

[Howard Rogers]
Back To Top