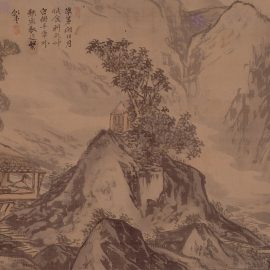 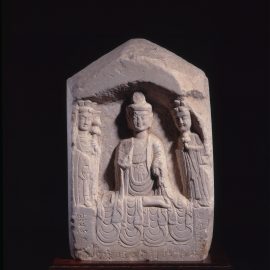 Inscription:
“On the twenty-sixth day of the sixth lunar month of the year 1680, for the sixtieth birthday of Xuchuang (‘Window of Happiness’), I followed an earlier conception in doing this ‘Lofty Recluse Amidst Streams and Mountains’ and also inscribe it in his honor. Respectfully recorded by Benxiao, called Ying’a Shanqiao (‘Mountain Woodcutter of Ying’a’), his younger brother of the same birth year.” 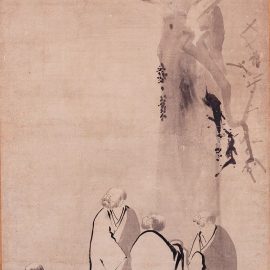 Colophon:
Poem added by Ko Fuyo in the year 1782 for a friend